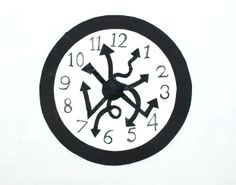 There’s something about the ticking of a clock that unnerves me. Now don’t get me wrong, when I’m sitting at home on my day off and have nothing in particular to accomplish, I love it, it soothes me. But on a day when I have so much to do and so little time to get it done, I’m not a fan of the constant tick…tock…TiCk…ToCk…TICK…TOCK!!!! I just want to scream, “ALRIGHT ALREADY!! I KNOW, I KNOW, I’M ON A TIGHT SCHEDULE, STOP NAGGING!” LOL

Lately I’ve been convicted. By spending time with God, though less time than I should be spending, I feel a tug on my heart from His Spirit within me saying, “Breath in…breath out”. I have a feeling that I’m not alone when I say that there are some days that are so crammed full that I have to keep a list, set alarms, rally the troops, and bark orders like a drill sergeant to be able to check everything off my list. In those moments, there are times when I feel like I haven’t even taken time to breath. I am so consumed by the tasks that I don’t even check in with myself to see that I’m becoming spiritually dehydrated with every weighted step. And the tugging continues, “Breath in…breath out”.

So here I sit, breathing, contemplating, with God’s word open in front of me. Looking for encouragement from His living Word. Seeking for Him to be my compass. And on the page, tucked between verses I’ve read so many times I find a treasure. It’s a treasure that I’ve flown by in the past to get to the next verse. It’s been there the whole time, and today is the day it rises to the platform of my attention and speaks life into my world.

“He appointed twelve that they might be with him and that he might send them out to preach and to have authority to drive out demons.” Mark 3:14-15

Now that you’ve read it, stop and go back. Look again, very closely. “He appointed twelve that they might be with him and that he might send them out…” The first step for the apostles was to BE WITH JESUS and THEN to be sent. There are so many things that tug at our day like the tentacles of a giant squid that we breeze right past the most important part of our day…being with HIM! So my challenge for all of us as the fall weather sets in is to STOP and STEEP! Even 3 minutes of steeping in God’s word (the time it takes to make a cup of tea) in the morning will align us with His heart for our day.